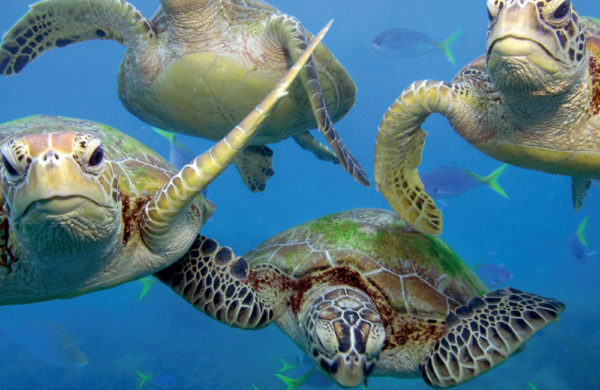 TUNACONS towards the sustainability of tuna, Ecuador’s most important fishery resource.

WWF is one of the world’s largest environmental conservation organizations. As part of its work, it seeks to establish alliances with the private sector as a means to positively influence the sustainable use of natural resources.

Achieving this eco-certification is an objective of the business sector, as it will differentiate this tuna from that of other countries, increasing competitiveness, strengthening markets, making the fishing industry prosper and maintaining sources of employment for thousands of Ecuadorians who depend directly and indirectly on this fishery.

Negocios Industriales Real, Eurofish, Grupo Jadran, Servigrup and TRI MARINE, leading tuna companies in Ecuador and in the region form TUNACONS, and since 2015, in cooperation with the Ministry of Production, Foreign Trade, Investment and Fisheries, WWF and other actors in this productive chain, have been developing the FIP in the industrial fishery of tuna caught with purse seine nets. These companies own 44 purse seine vessels, responsible for 22% of the tuna caught in the eastern Pacific, in sets on breezes – sets of the net around schools of tuna that swim freely on the surface of the sea – and FADs – sets of the net around a device that gathers fish, designed by the fishermen themselves.

Ecuador is the main tuna producer in the eastern Pacific Ocean and the second largest in the world. With an annual catch of around 300,000 tons, it has the largest tuna fleet (115 purse seiners) and the largest processing capacity in the region (21 canneries).

The project has been evaluated annually, which has allowed adjustments to be made to its implementation and strategic decisions to be made for the future. The certification rewards sustainable fishing practices and is gaining more and more ground in international markets.

A ‘FAD’ or FAD is a floating object used by fishermen to attract tuna and facilitate their capture. Fishermen consider the use of FADs to be a highly effective way to improve catch rates and reduce operating costs. However, their use has been associated with a number of potential negative impacts. The Inter-American Tropical Tuna Commission (IATTC) is encouraging member countries to develop trials of non-entangling and degradable FADs from January 2019, with the aim of reducing impacts on the marine ecosystem.

TUNACONS, at the forefront, since 2017, has been researching and testing degradable, plant-based materials to develop its FADs. They conducted tests with cabuya and jute, however, they were not as resistant as expected. As a better alternative, an alliance was made with the Technical University of the North, in Ibarra, to test hemp or abaca fabric, coated with a vegetable protection, which resists longer in contact with salt water. With these two years that TUNACONS has tested planted, it expects to have definitive results in the next few months.

CREW MEMBERS TO THE RESCUE

In October 2017, the five TUNACONS FIP companies communicated that, in cooperation with WWF, they implement their Code of Good Practices on Board for the handling and release of sensitive accompanying fauna, in accordance with the mitigation measures adopted by the Inter-American Tropical Tuna Commission (IATTC).

This code is mandatory for use on all its vessels, so that captains and crew members frequently adopt all necessary measures to protect marine species from possible negative impacts in their activities. The FIP conducts ongoing knowledge-building workshops for crew members and captains of its vessels. Topics include: i) best practices for releasing turtles, sharks, and manta rays; ii) IATTC regulations; and ii) advances in biodegradable FADs.

The five tuna companies, members of TUNACONS, actively participate in this fishery improvement project, which aims to ensure a sustainable fishery, which at the same time as safeguarding tuna stocks, maintains healthy marine ecosystems.

Collaborating together for a healthy marine ecosystem, TUNACONS.